Order and Disorder in Modern Britain: Essays on Riot, Crime, Policing and Punishment

The pieces in this collection range from an account of the Skeleton Army riots against the Salvation Army in the early 1880s to the unsuccessful campaign to abolish the death penalty in the aftermath of the Second World War. They include essays on how the Home Office and Metropolitan Police responded to the unemployed riots in the West End of London in 1886 and the contest over the right to assemble in Trafalgar Square in 1887; on the complex relationship between the Salvation Army’s social scheme and the early labour movement; on the changing meanings inscribed within the term “dangerous and criminal classes”; and on English penal culture from the Gladstone Committee’s Report on Prisons (1895) to the Labour Research Department’s Prison System Enquiry Committee’s report, English Prisons Today (1922).

The essays in this volume, (first published between 1977 and 2000), are coherent expressions, if not of a single philosophy, at least of a recurrent theme. That theme is the relationship between order and disorder in England over the century from 1850. Despite the stress fractures caused by deepening industrialization, strengthening class mobilization, and cyclical economic dislocation, Britain was a relatively peaceable kingdom in these years. Who and what were responsible for the imposition of social order?

In these essays, the emphasis is less on coercive policing, less on the conditioning of the working poor by ‘moral entrepreneurs’ into a set of desirable behaviours — though these doubtless played their part — and much more on the role of informal and autonomous communal and class codes; on the social and moral differentiation between the ‘respectable working class’ and the ‘residuum’, a normative ditch working people helped to dig and guard; and on popular support for, or at least popular participation in, the formal mechanisms of law and punishment. 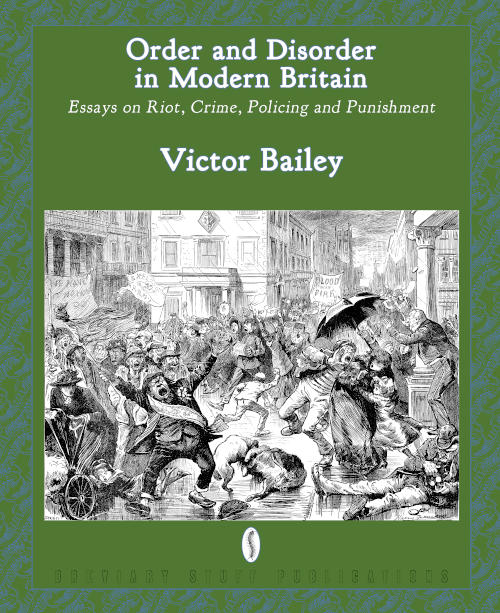