Can we ever say ‘Never again’ – and know that the atrocities of the past won’t be repeated in the future? Here are 23 weird and speculative fiction stories against fascism and racism . . .

These stories use imagination to look below the surface of intolerance, scapegoating and persecution – not to sicken the reader, but to reveal the power of human resistance and the need to build a society in which victimisation is a thing of the past . . . Never Again is a non-profit initiative aimed at promoting awareness of these issues and raising funds to support human rights organisations. 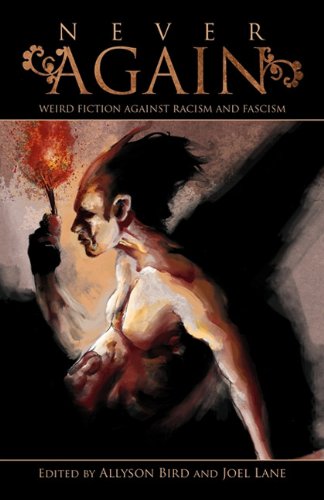