Selected from a sequence of 100 poems written on a long day in the summer of 2013, Anne Boyer’s Money City Sick as Fuck imagines writing a poem “in a confederacy of exception […] called ‘wages for tenderness and nothing else'”. Situated between Pompeii and Olympus, at “Texaco in ruins” or the amusement park, in a bar called Lethe, at the saddest prom in history, taking “every odd route”, these poems passionately survey and survive the streets and jails of the modern-day polis,”sunbathing in Atlantis”, oracles IRL. 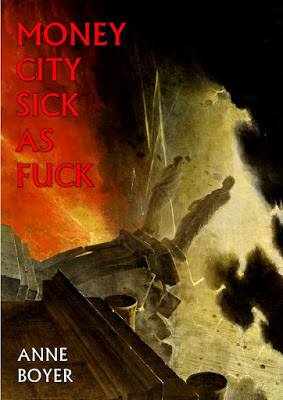