Moll: The life and times of Moll Flanders

A journey of literary and historical detection, across continents, cultures and centuries, to uncover the fictional personality of Defoe’s Moll Flanders.

Daniel Defoe’s fictional heroine Moll Flanders is famous for her criminal and sexual adventures, racily portrayed on big and small screens. But who was she? And what world did she really inhabit?

To answer these questions Moll takes its readers on a journey of literary and historical detection, across continents, cultures and centuries. Following Moll’s tumultuous life, the story moves from Jacobean England to Jamestown, Virginia; from the English Civil War to the struggles of the Powhatan Indians; from the English Restoration to Maryland’s slave-worked tobacco farms; and from the metropolis of London to the hamlet of Annapolis in the early eighteenth century. Siân Rees introduces us to real-life versions of Moll’s mother, her amoral ‘governess’, her many husbands and lovers – and Moll herself. These include Moll Cutpurse: thief, receiver, procuress and gangmaster; Mary Moders, known as the ‘Kentish Moll’ or the ‘German Princess’, who played a distressed noblewoman to hook rich men; and Moll King, a London thief reprieved from death to be transported as a convict to the Virginian plantations. Combining meticulously researched tales of London’s underworld with the little-known story of penal transportation to America, Moll is as fast-moving and rich in incident as Defoe’s great novel. 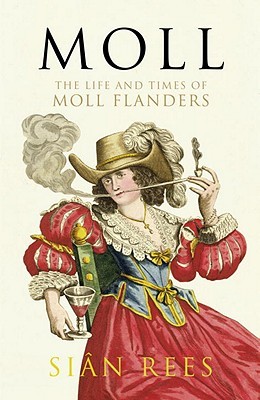