Menacing Language and threats: The anti Corn Law Riots of 1815

At the end of the Napoleonic Wars in 1815, corn prices fell to nearly half their war level, causing panic among British farmers – many of whom were also voters. In response the government introduced the Corn Laws in 1815; banning cheap wheat imports, to ensure the high incomes of farmers and landowners.
This was class legislation at its most blatant. It made sure aristocrats could continue to benefit from high bread prices, and the high rents that they supported; knowing well enough this law meant penury for the poor, who relied on bread to stave off starvation.
Riots broke out in the area around Parliament as the Acts were being debated, and spread out around London and Westminster as the London houses of the MPs and lords held most responsible were targeted by crowds…

See other Past Tense publications here. 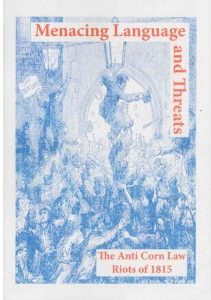