Maroon the Implacable: The Collected Writings of Russell Maroon Shoatz

ussell Maroon Shoatz is a political prisoner who has been held unjustly for over thirty years, including two decades in solitary confinement. He was active as a leader in the Black Liberation Movement in Philadelphia, both above and underground. His successful escapes from maximum-security prisons earned him the title “Maroon.” This is the first published collection of his accumulated written works, and also includes new essays written expressly for this volume.

Despite the torture and deprivation that has been everyday life for Maroon over the last several decades, he has remained at the cutting edge of history through his writings. His work is innovative and revolutionary on multiple levels:
• His self-critical and fresh retelling of the Black liberation struggle in the U.S. includes many practical and theoretical insights;
• His analysis of the prison system, particularly in relation to capitalism, imperialism, and the drug war, takes us far beyond the recently-popular analysis of the Prison Industrial Complex, contained in books such as The New Jim Crow;
• His historical research and writings on Maroon communities throughout the Americas, drawing many insights from these societies in the fields of political and military revolutionary strategy are unprecedented; and finally
• His sharp and profound understanding of the current historical moment, with clear proposals for how to move forward embracing new political concepts and practices (including but not limited to eco-socialism, matriarchy and eco-feminism, food security, prefiguration and the Occupy Wall Street movement) provide cutting-edge challenges for today’s movements for social change.

“This book, Maroon the Implacable, is that very funky instruction manual on how to make revolution against Imperialist America.”
—Amiri Baraka, former Poet Laureate of New Jersey

“If the Great Dismal Swamp is no longer a refuge, nevertheless the message of the Maroons lives on, and Russell Maroon Shoatz is today its untamed voice. Free Maroon the Implacable!”
—Hakim Bey, author of TAZ: The Temporary Autonomous Zone

“At the core of the book is the theme of marronage—the will to escape from conditions of enslavement at any cost. This is what Russell Maroon Shoatz has done, not physically, but in the world of ideas by escaping from the rigid patriarchal framework he inherited and revaluing and promoting the role of women in the history of liberation. This book is a document of this transformation carried out against tremendous odds and told with searing honesty.”
—Silvia Federici, author of Revolution at Point Zero: Housework, Reproduction, and Feminist Struggle

“Russell Maroon Shoats’s life reads like fiction composed by Victor Hugo. But this Jean Valjean for our time is the living truth, and his writings are a beacon for a new, revolutionary age. What a treasure has here been uncovered!”
—Joel Kovel, author of The Enemy of Nature: The End of Capitalism or the End of the World

“Though he’s been inside for forty of his sixty-nine years on earth, the problems he raises about the justice movement are amazingly up to date. Above all, he thinks organizationally… He is always trying to work out what to do. Where he looks for answers is the only sensible place: not in ideas but in the historical experience of the grassroots.”
—Selma James, author of Sex, Race, and Class: The Perspective of Winning

“For twenty-seven years I visited four prisoners, one of whom was Russell Shoatz, who we called Maroon. From him I always got a lesson in politics that fortified me and made me understand just what was happening in our country and what I should be doing about it. He trusted the truth of ‘power to the people,’ and it kept him focused and hopeful. His body was incarcerated but his mind soared. My mentor!”
—Frances Goldin, publisher of Mumia Abu-Jamal, Barbara Kingsolver, and Adrienne Rich
About Russell Maroon Shoatz:

Chuck D is an American rapper, author, and producer. He helped create politically and socially conscious hip-hop music in the mid-1980s as the leader of the group Public Enemy.

Fred Ho is a jazz baritone saxophonist, composer, bandleader, playwright, writer, and social activist. He has written and produced many books and albums, including most recently the books Diary of a Radical Cancer Warrior (2011) and Raw Extreme Manifesto (2012), and the albums Snake Eaters and The Year of the Tiger. He is one of the founders of Scientific Soul Sessions. More information about Fred’s incredible career can be found at http://www.bigredmediainc.com

Quincy Saul is a writer, organizer and musician. He is a columnist for Capitalism Nature Socialism and a co-founder, writer and organizer for Ecosocialist Horizons. He is the author of Reflections of Crisis: The Great Depression and the 21st Century (2010), and the co-producer of The Music of Cal Massey. He is a columnist for The Africa Report and his articles have been published by numerous online outlets including Narco News and Area Chicago. He is a member of Scientific Soul Sessions.

Matt Meyer is author and editor of six books, including four titles on contemporary Africa and PM Press’ Let Freedom Ring: A Collection of Documents from the Movements to Free U.S. Political Prisoners. He is a New York City-based educator and activist, and a founder of the anti-imperialist collective Resistance in Brooklyn. Meyer has served as national chair for both the War Resisters League and the Peace and Justice Studies Association, and has been called a natural coalition-builder who “provides tools for today’s activists” by Argentine Nobel Peace laureate Adolfo Perez Esquivel.

Nozizwe Madlala-Routledge is a South African activist and politician, the former Chairperson of the ANC Parliamentary Caucus, Deputy Speaker of the National Assembly, Deputy Minister of Health and Deputy Minister of Defence. Prior to her election to Parliament, Nozizwe served in the liberation struggle under the United Democratic Front and the ANC underground, and was a founding member of the Natal Organization of Women. She is currently executive director of Embrace Dignity, an organization that “embraces the dignity of all people and steadfastly opposes the sexual and commercial exploitation of those rendered powerless and vulnerable by absence of choice, be it as a result of poverty or any form of inequality or abuse. 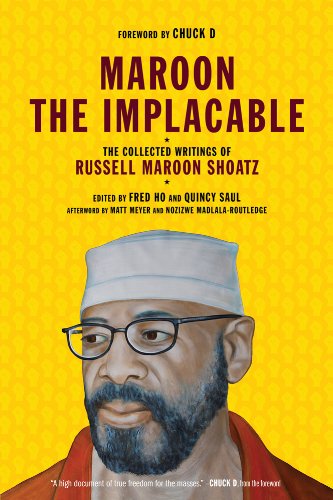