From the blurb:
David Gribble’s Real Education: Varieties of Freedom was book of the week in the Times Educational Supplement on 3rd July 1998.
“At a time when schools with child-centered and progressive instincts are keeping their heads well below the parapet, it is salutary to be reminded that there is a life beyond the new juggernaut of national curriculum and assessment and league tables.” Virginia Makins, TES
In preparing Lifelines, his sequel to Real Education, David Gribble visited organisations working with children and young people in Chicago, Delhi and Thailand. From his interviews and observations, the message is unmistakable – in all these places the key to success is deep respect for every individual child or student.
This idea is familiar to anyone who knows of A.S. Neill and other advocates of children’s freedom. David Gribble’s account of the way it has been discovered anew in situations which may seem irremediable leads us to a fresh certainty about its value. 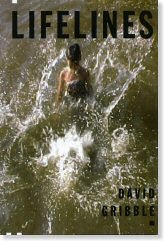