Letters Against the Firmament

Letters Against the Firmament is a user’s report on the end of the world, a treatise against Tory terror, a proposal for a new zodiac, a defence of poetry, a hex against the devourers of planet earth. The Letters are fierce epistolary poems, a vivid account of the sheer panic and brutality of the Austerity years. They are apocalyptic screeds of black humor hammered out in an obscure corner of east London, fearful attempts to ward off the attentions of gentrifiers, bailiffs, border agents and racists. In this collection in four parts they are joined by lean versions of already well-known works The Commons and Happiness, and the incandescent new poem “Lamentations”. 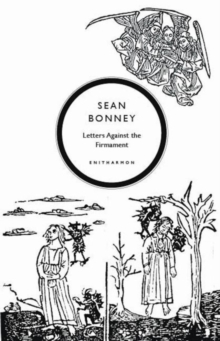