Describing injustice: Roy Yellin of B’Tselem and Rachel Beitarie of Zochrot analyse the situation in Israel and Palestine today

A defining moment: Julia Bard evaluates the challenge to the IHRA definition posed by the Jerusalem Declaration on Antisemitism

A fishing expedition: Raf Salkie reviews Jewish Voice for Labour’s analysis of the EHRC report into antisemitism in the Labour Party

The Yiddish piece of the Spanish jigsaw: Lynne Walsh talks to Deborah Green, who devotes her life to researching the records of Jews in the Spanish Civil War

Rights for Jews without wrongs to others: David Rosenberg argues for the Bund’s approach of self-determination to counter ethno-nationalist supremacy

Choosing conviction over class: John Hilary looks back at the life of socialist film-maker, pacifist and anti-Nazi, Rudolph Messel

Berlin to London: An emotional history of two refugees – review by Rayah Feldman

Catching Tadpoles: The shaping of a young rebel, a memoir – review by Richard Kuper 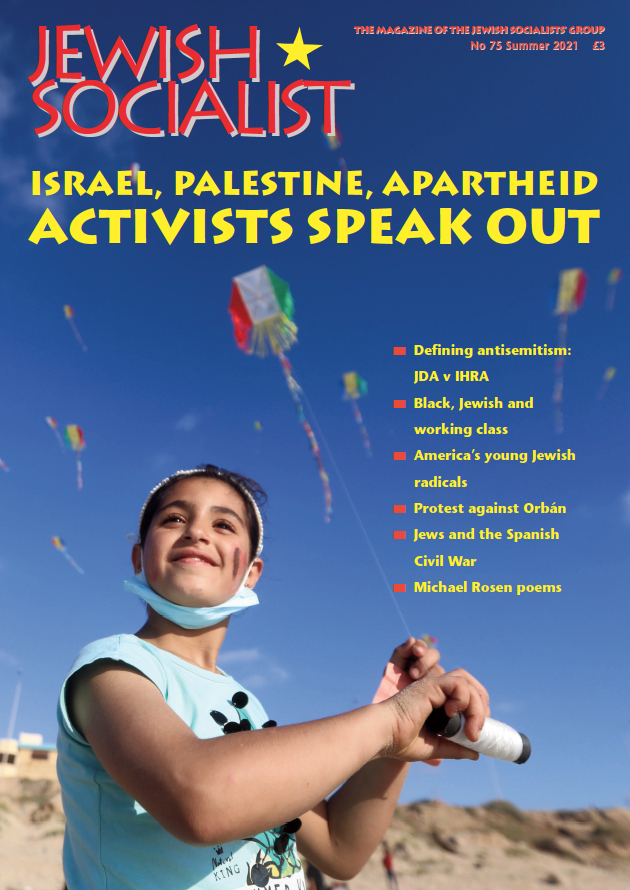