Imperiled Life theorizes an exit from the potentially terminal consequences of capital-induced climate change. It is a collection of reflections on the phenomenon of catastrophe—climatological, political, social—as well as on the possibilities of overcoming disaster.

The fourth title in our Anarchist Intervention Series, co-published with the Institute for Anarchist Studies!

Javier Sethness-Castro presents the grim news from contemporary climatologists while providing a reconstructive vision inspired by anarchist intellectual traditions and promoting critical thought as a means of changing our historical trajectory.

“Imperiled Life is an angry and urgent dissection of the omnivorous economic system that is mercilessly turning the planet into a death camp.”—Jeffrey St. Clair, author Born Under a Bad Sky

“If you wanted to find a book that honestly and faithfully lays out the disaster of climate change, this is the book to turn to. Refusing to establish borders between thought and action, Imperiled Life illustrates the integrity of critical theory, developed along the imperative that the Holocaust not be reproduced.”—Alexander Reid Ross, author of Against the Fascist Creep

“This is an extremely well-researched and well-written book, providing both a history of our awareness of the coming global environmental collapse, and a plausible and even inspiring plan for present and future action. The more people who read it, the better humanity’s chances will be.”
—Kim Stanley Robinson, author of Green Mars

Javier Sethness-Castro is a libertarian socialist and an animal rights advocate. Imperiled Life is his first book.e 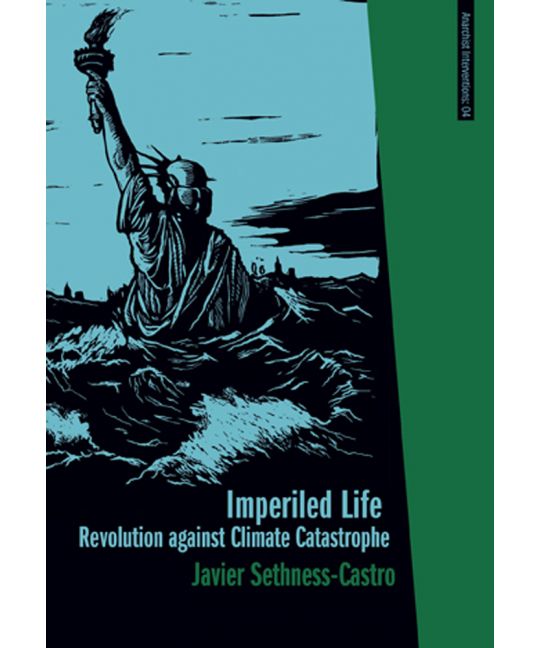