I belong only to myself

“A true Anarchist does not get caught up in petty arguments with fellow compagni, she understands that rebels must be united by their Ideas as in a free community built upon thought and struggle. There is only one objective: to fight against everything that creates poverty and evil, the giant lie of the society we live in.” —Leda Rafanelli

Leda Rafanelli (1880–1971) was one of the most prolific propagandists in early twentieth century Italy. She began working as a typesetter in her teens, and went on to found and run several publishing houses. Her own body of work included scores of novels, pamphlets, short stories, children’s books, essays, and poems. A comrade of Benito Mussolini before he was a fascist, she converted to both anarchism and Islam at the age of twenty, a combination characteristic of her iconoclastic approach to life and politics. Rafanelli developed her own uniquely social form of individualist anarchism, which shunned the egoist trappings of the times, and practiced a deeply personal form of Islam even as she denounced religion. She countered both patriarchy and bourgeois feminism with “feminility,” a concept that predates some similar tenets of radical feminism by many decades. As some anarchists fell in with Marinetti and futurism’s often reactionary bravado, Rafanelli boldly declared herself a “Passist.”

Weaving excerpts from Rafanelli’s novels, poems, and essays (presented here for the first time in English translation) with extensive biographical research, Andrea Pakieser traces a biographical path through the waves of strikes and insurrections that accompanied the shaky foundation of the Italian nation; the evolution and offshoots of the anarchist movement as it mixed and blended with syndicalism and egoist currents; and the chaos and insecurity brought by fascism and global war. Withdrawing from public life after WWII, Leda embarked on a new career as a palm and card reader, while working on writing biographical sketches of her anarchist comrades and continuing to invent her personal and unorthodox forms of freedom. 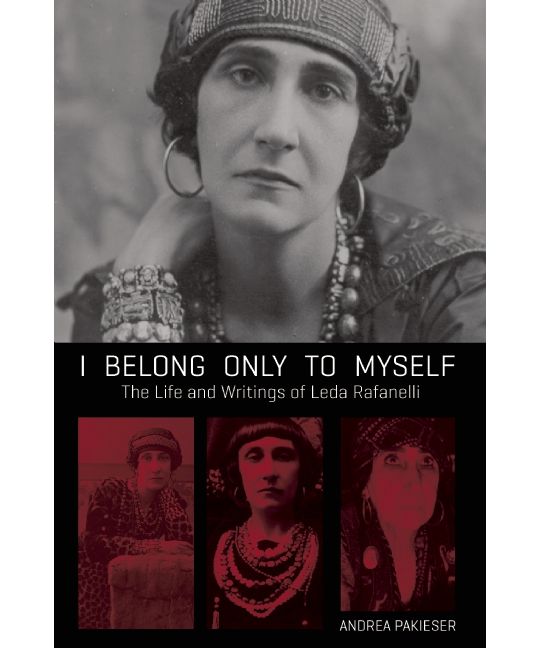