Hope Lies in the Proles

George Orwell was one of the most significant literary figures on the left in the twentieth century. While titles such as 1984, Animal Farm and Homage to Catalonia are still rightly regarded as modern classics, his own politics are less well understood.

Hope Lies in the Proles offers a sympathetic yet critical account of Orwell’s political thinking and its continued significance today. John Newsinger explores various aspects of Orwell’s politics, detailing Orwell’s attempts to change working-class consciousness, considering whether his attitude towards the working class was romantic, realistic or patronising – or all three at different times. He also asks whether Orwell’s anti-fascism was eclipsed by his criticism of the Soviet Union, and explores his ambivalent relationship with the Labour Party. Newsinger also breaks important new ground regarding Orwell’s shifting views on the USA, and his relationship with the progressive Left and feminism.

Focusing on the enduring interest in Orwell and his influence on current political causes, the book is ultimately a unique, nuanced attempt to demonstrate that Orwell remained a committed socialist up until his death. 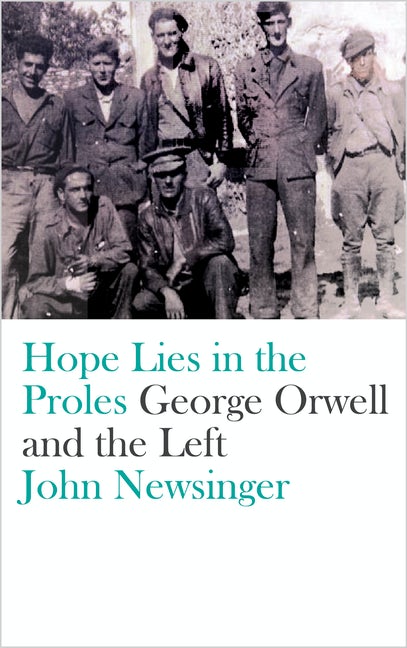