Banksy played in goal for the Easton Cowboys football team and this book contains extremely rare pictures of the artist on tour with the Cowboys in the Chiapas region of Mexico. But that’s only a small part of the story of the Bristol team founded by punks and anarchists in 1992 that has grown into one of the most radical sports clubs in the world.

In the summer of 1992 just as one revolution was starting to unfold in English football with the advent of the Premier League, a group of amateur players from inner-city Bristol were about to embark on a very different sort of journey. Few of that original team could have predicted that it would be a journey that would take them to a low-level war zone in Mexico, cricket games in South Central LA and dusty pitches in Palestine, nor that they would be accompanied along the way by ski-masked Zapatista rebels, rampageous netballers, can-can dancers and that up-and-coming street artist named Banksy.

This is the unlikely world the Easton Cowboys and Cowgirls have created for themselves. Long-standing team members Will Simpson and Malcolm McMahon are your guides to this punk-inspired, community-minded club that truly is like no other in British sport. 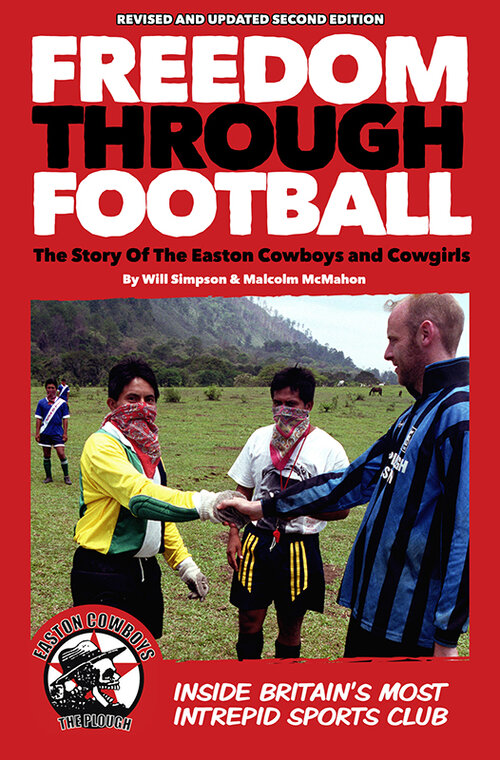