This Freedom Press bundle features two titles on the Spanish Civil War; The May Days (Barcelona 1937) and Fighting Women. Each book gives in-depth and first hand insights into specific aspects of the struggle, namely women’s experiences and the May Day related uprisings of 1937.

Fighting Women is a collection of interviews by Isabella Lorusso, translated for the first time into English, with women who fought on the front lines of the Spanish Civil War in battle and, importantly, on the ‘second front’ of liberation with men in their own ranks.

Also included is The May Days is a collection of detailed accounts, out of print for many years, of the May Days armed struggle in Barcelona 1937. Included, amongst others, are Emma Goldman’s attempts to visit political prisoners and August Souchey’s first hand experience of the uprising itself.

The May Days
Barcelona 1937

From the blurb:
Most academics treat the May Days in Barcelona 1937 as ‘a minor incident in the Spanish Civil War’ in spite of the fact that in the armed struggle that took place, casualties – 500 killed and 1000 wounded – were actually greater that in the first week of the military uprising in Barcelona on July 19 1936.. 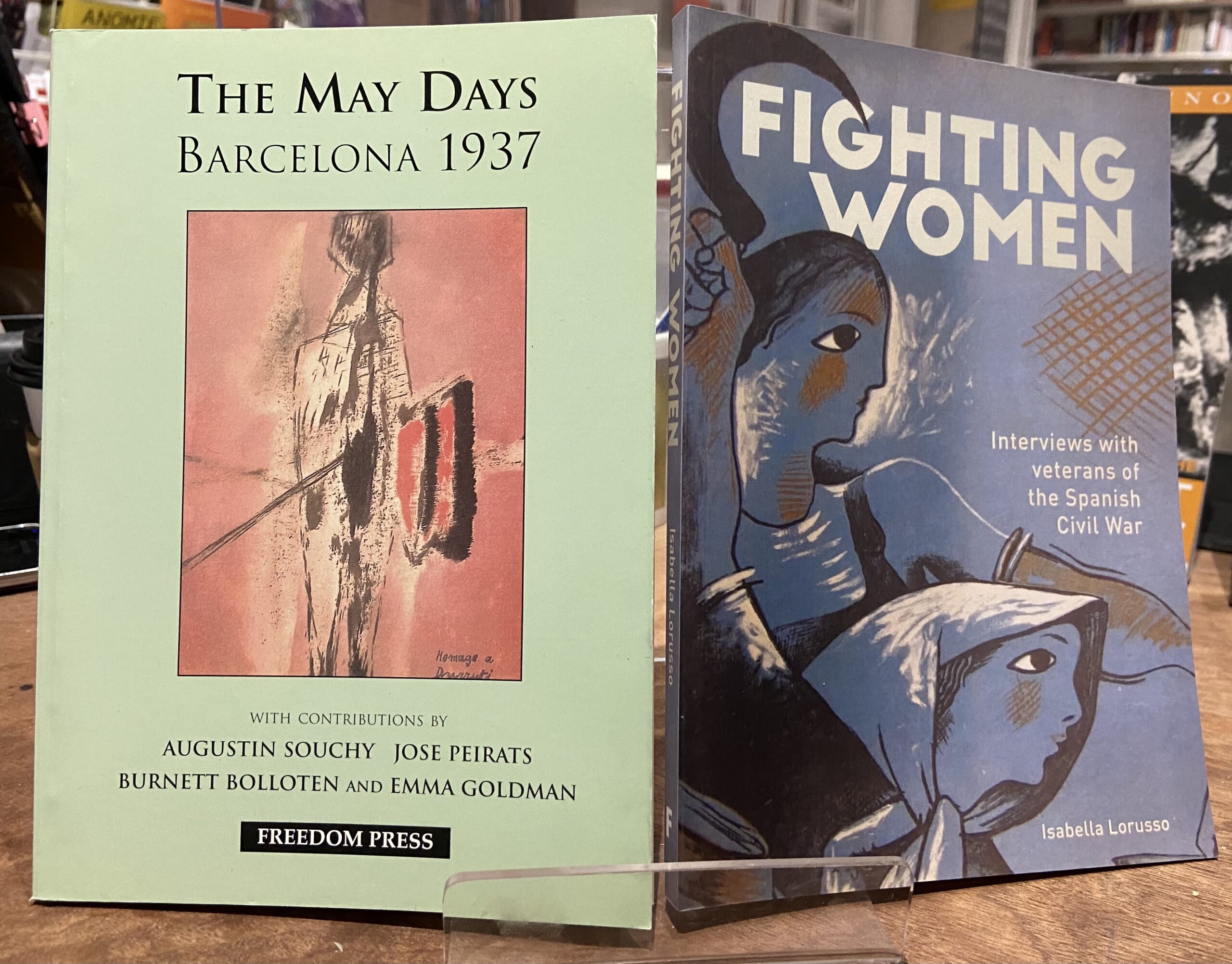