This bundle of Freedom Press titles celebrates direct expropriation throughout the ages, from Zapata in Mexico to the ‘Greek Robin Hood,’ via the Makhnovshchina in Ukraine. Telling the fascinating stories of individuals who helped shape twentieth-century radicalism, and the movements they inspired, this selection covers some the most exciting and inspiring gems in the Freedom Press catalogue.

History of the Makhnovist Movement by Peter Arshinov
The Russian Revolution was the time when the old order was totally swept away. Everything was changing and Nestor Makhno and his anarchist army were able to stamp out the forces of the ‘Whites’. Then came the Bolsheviks with their own brutal form of repression.. 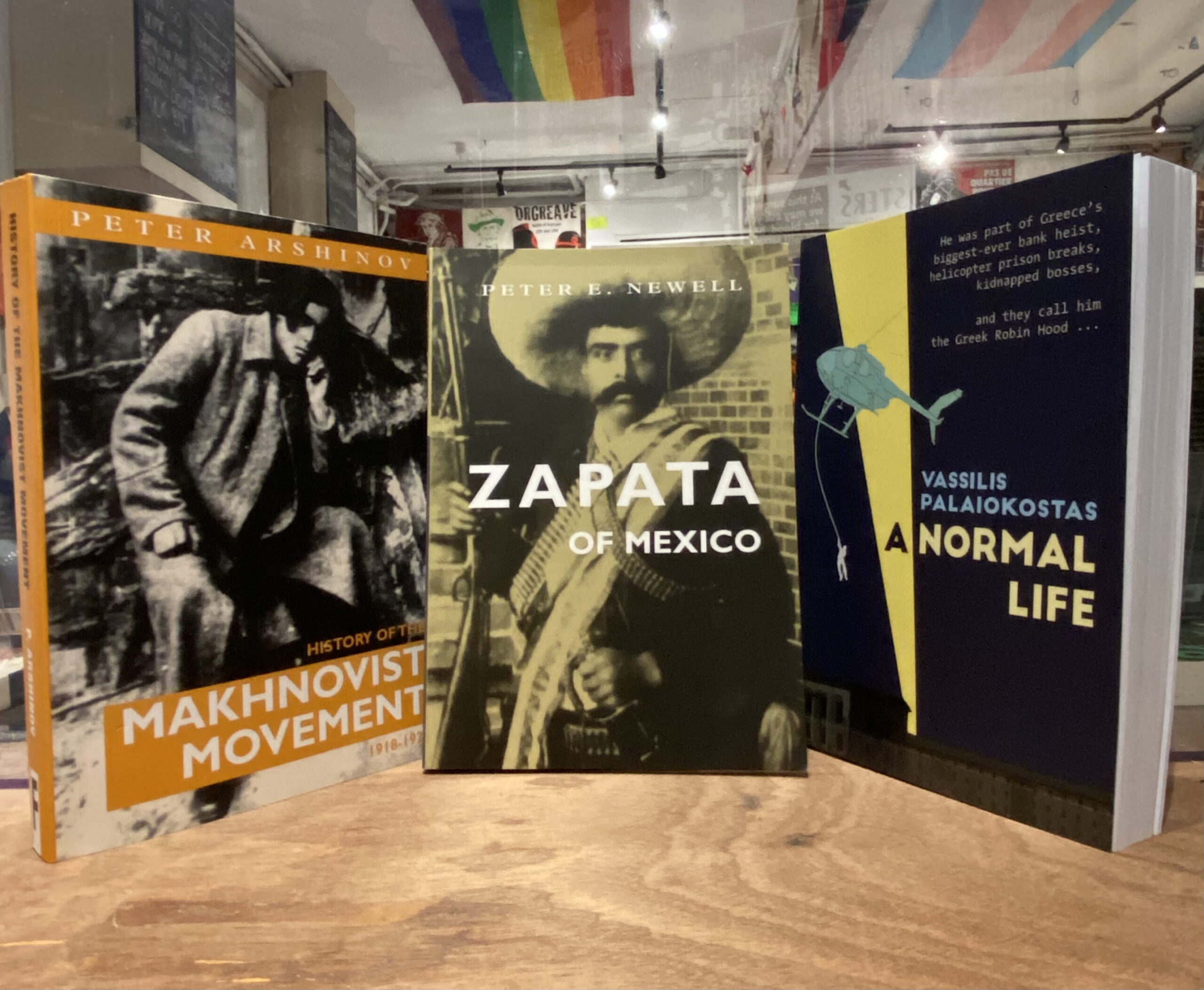