Forms of Protest collects together for the first time the work of Hannah Silva, a poet and playwright known for her fearless and wholly original vocal performances.

These poems and experimental texts oscillate between sense and nonsense, meaning and music, always testing the limits of language to represent the lived world. Words are felt both as arbitrary signs and as urgent physiological acts. Ranging in form from sound poems to collaged spam email, from monologues to lists of insults, and embracing subjects as diverse as war, sexuality and giant squid, Silva’s poetry is like nothing else you’ve read. Deconstructing the defunct languages of political and literary discourse, Forms of Protest claims a new space, a liminal zone between things as they sound – and things as they are. 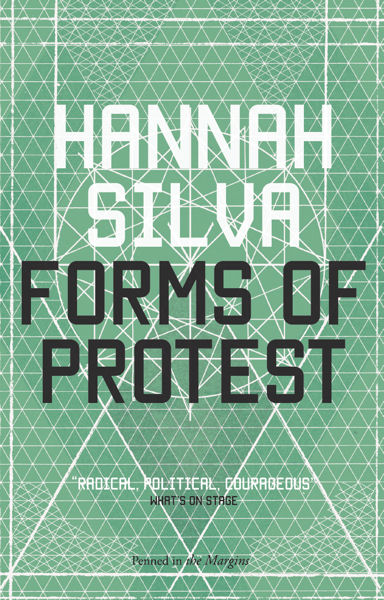