For a Libertarian Communism – Daniel Guérin

In this collection of essays, written between the 1950s and 1980s and published here for the first time in English, Guérin not only provides a critique of the socialist and communist parties of his day, he analyzes some of the most fundamental and pressing questions with which all radicals must engage. He does this by revisiting and attempting to draw lessons from the history of the revolutionary movement from the French Revolution, through the conflicts between anarchists and Marxists in the International Workingmen’s Association and the Russian and Spanish revolutions, to the social revolution of 1968. These are not just abstract theoretical reflections, but are informed by the experiences of a lifetime of revolutionary commitments and by his constant willingness to challenge orthodoxies of all kinds: “Far from allowing ourselves to sink into doubt, inaction, and despair, the time has come for the left to begin again from zero, to rethink its problems from their very foundations. The failure of both reformism and Stalinism imposes on us the urgent duty to find a way of reconciling (proletarian) democracy with socialism, freedom with Revolution.”

“Over six decades Daniel Guérin had a record of willingness to cooperate with any section of the French left that shared his fundamental goals of proletarian self-emancipation, colonial liberation, and sexual freedom. He was a vigorous polemicist but saw no fragment of the left, however obscure, as beneath his attention. He was also typically generous, never seeking to malign his opponents, however profoundly he disagreed with them. He was always willing to challenge orthodoxy, whether Marxist or anarchist. Yet behind the varying formulations one consistent principle remained: ‘The Revolution of our age will be made from below—or not at all.’”
—Ian Birchall, author of The Spectre of Babeuf, Sartre Against Stalinism, and A Rebel’s Guide to Lenin

“Guérin provides an eloquent history of libertarian socialist practice that is not just insightful but also an exemplary display of straightforward writing, passion, and balance. The book is highly valuable as a history of thought and action, to be sure, but, even more important, as an exploration of issues and ideas directly relevant to today’s world.”
—Michael Albert, author of Parecon: Life after Capitalism

“With the continual debasing of ‘libertarian’ to mean free-market capitalist, the publication in English of Daniel Guérin’s classic For a Libertarian Communism is very welcome. It shows why Guérin was one of France’s leading libertarian thinkers and activists, for it discusses what remain the key issues for socialists of all schools. His deep knowledge of both anarchism and Marxism makes this book essential reading for all radicals: Marxists will get their false notions of anarchism challenged while those interested in anarchism will see that it is libertarian socialism rather than some incoherent lifestyle choice.”
—Iain McKay, author of An Anarchist FAQ, Property Is Theft! A Pierre-Joseph Proudhon Reader, and Direct Struggle Against Capital: A Peter Kropotkin Anthology

“Daniel Guérin is the creator of a unique synthesis between Marxism and anarchism: libertarian communism. His reflections are more than ever relevant for the 21th century.”
—Michael Löwy, author of Ecosocialism: A Radical Alternative to Capitalist Catastrophe

Daniel Guérin (1904–1988) was a prominent member of the French left for half a century, and arguably one of the most original and most interesting. One of the first on the left to attach central importance to the struggle against colonialism, he became one of the best-known figures in anticolonial campaigns throughout the 1950s and ’60s. He was also one of the first in France to warn of the rising dangers of fascism, publishing The Brown Plague in 1933 and Fascism and Big Business in 1936. He met Leon Trotsky in 1933, and would work with the Trotskyist resistance during the war; a respected member of the Fourth International during the 1940s, he was a close, personal friend of Michel Raptis (alias Pablo) until his death. His controversial, libertarian Marxist interpretation of the French Revolution, Class Struggle in the First Republic, 1793–1797 (1945, 2nd ed. 1968) was judged by his friend C.L.R. James to be “one of the great theoretical landmarks of our movement” and by Sartre to be “one of the only contributions by contemporary Marxists to have enriched historical studies.” Increasingly critical of what he saw as the authoritarianism inherent in Leninism, he influenced a generation of activists with his “rehabilitation” of anarchism through his Anarchism and the anthology No Gods, No Masters, before playing a role in the resurgence of interest in Rosa Luxemburg and becoming better known for his attempts to promote a “synthesis” of Marxism and anarchism. He was also regarded by 1968 as the grandfather of the gay liberation movement in France and in the 1970s as a leading light in antimilitarist campaigns. His writings have been repeatedly republished both in French and in translation.

David Berry has a BA in French and German from Oxford University, an MA in French Studies from the University of Sussex and a DPhil in history, also from Sussex. He is currently a senior lecturer in politics and history at Loughborough University, UK. His publications include A History of the French Anarchist Movement, 1917–1945 (AK Press, 2009); New Perspectives on Anarchism, Labour and Syndicalism: The Individual, the National and the Transnational (Cambridge Scholars Publishing, 2010), coedited with Constance Bantman; Libertarian Socialism: Politics in Black and Red (Palgrave Macmillan, 2012), coedited with Alex Prichard, Ruth Kinna, and Saku Pinta; and several journal articles and book chapters on Daniel Guérin. He is currently preparing a biography of Guérin to be published by PM Press.

Mitchell Abidor is the principal French translator for the Marxists Internet Archive. PM Press’s collections of his translations include Anarchists Never Surrender by Victor Serge, Voices of the Paris Commune, and Death to Bourgeois Society. His other published translations include The Great Anger: Ultra-Revolutionary Writing in France from the Atheist Priest to the Bonnot Gang; Communards: The Paris Commune of 1871 as Told by Those Who Fought for It; and A Socialist History of the French Revolution by Jean Jaurès. 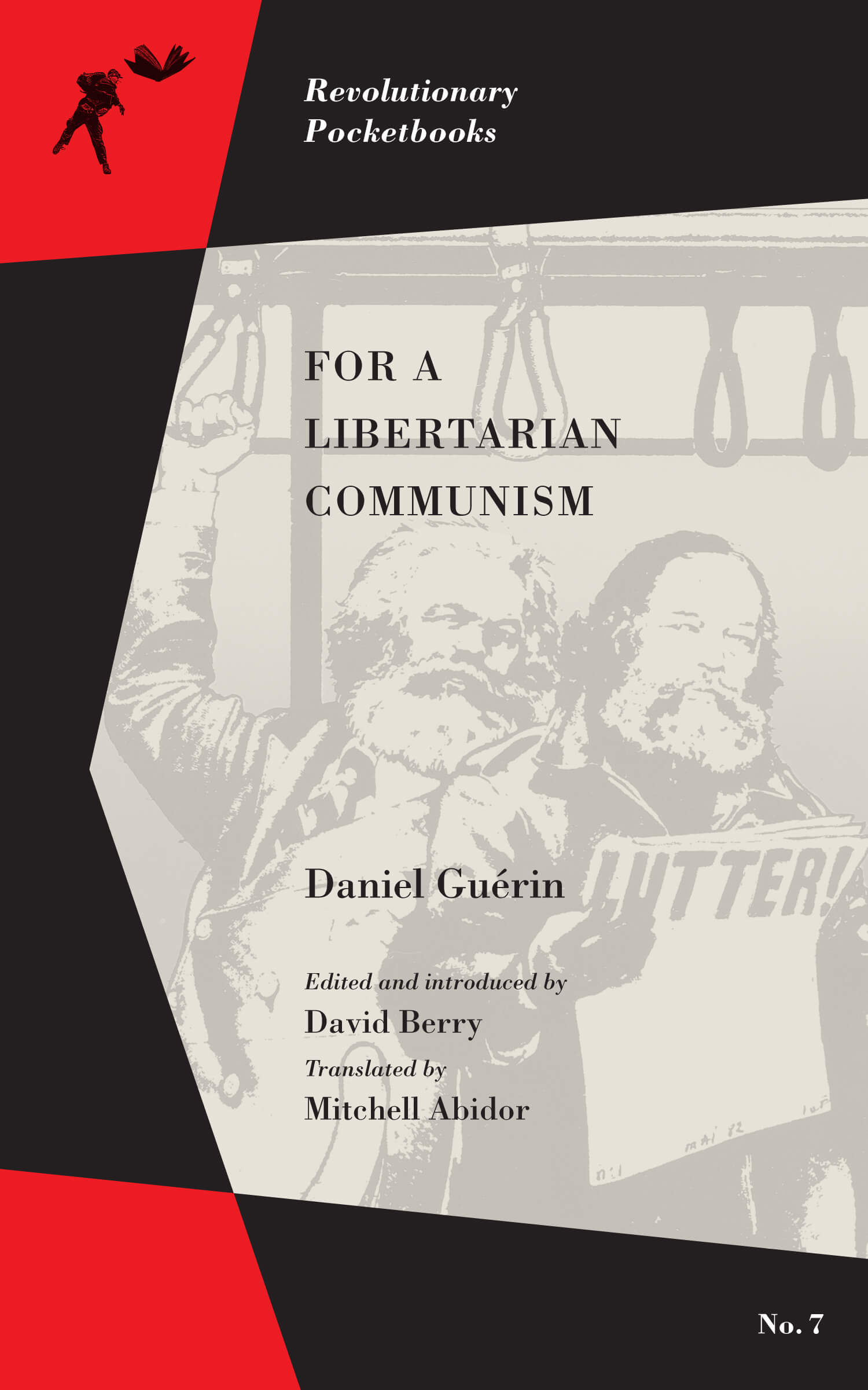