Ecology of Fear: Los Angeles and the Imagination of Disaster

Counterpointing Los Angeles’s central role in America’s fantasy life – the city has been destroyed no less than 138 times in novels and films since 1909 – with its wanton denial of its own real history, Mike Davis creates a revelatory kaleidoscope of American fact, imagery, and sensibility. Drawing upon a vast array of sources, Ecology of Fear meticulously captures the nation’s violent malaise and desperate social unease in an era of climate change and social change. With savagely entertaining wit and compassionate rage, this book conducts a devastating reconnaissance of our all-too-likely urban future.

With a new 2021 afterword taking stock of LA’s 21st century. 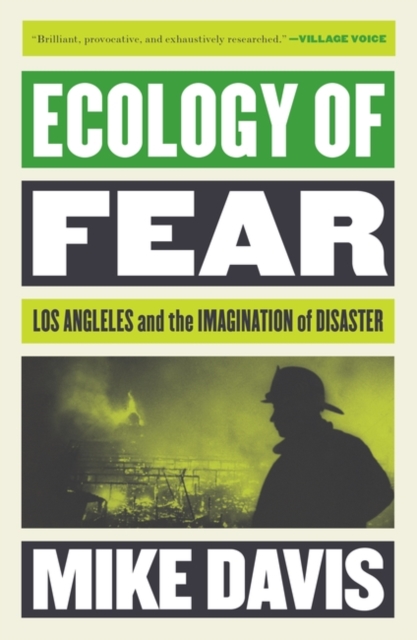