East End Jewish Radicals is essential reading for anyone interested in Victorian and Edwardian London or the history of the Jewish community in London, labour history and the history of immigration to this country.

Professor William Fishman describes London’s East End at a time of mass immigration from Eastern Europe to the shabby tenements of Stepney and Whitechapel. He describes the spread of libertarian and socialist ideals among the Jewish community culminating in the great strikes of 1889 and 1912. East End Jewish Radicals is published is republished for a new audience perhaps unaware of this forgotten part of London’s history. 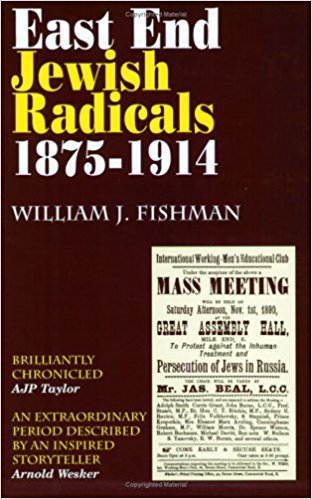