Cities of the North

Cities of the North Adrian Jones and Chris Matthews Cities of the North explores the changing townscape, special character, architecture and planning of the great Northern English cities. It is a companion to Towns in Britain, published by Five Leaves in 2014, and it builds on the popular Jones the Planner blog. Cities of the North takes an irreverent look at the process of development and ‘regeneration’ which is reshaping Manchester, Liverpool, Sheffield, Leeds, Bradford, Hull and Newcastle, amongst others. It reviews both the successes and lost opportunities of recent years, while maintaining a focus on the intrinsic character of place.

The book is inspired by and follows in the footsteps of Ian Nairn, who opened so many people’s eyes to an appreciation of cities, their often unexpected delights, qualities, possibilities and potential. Like Nairn’s writing, Cities of the North shows a passion and affection for the places and an appreciation of their all-too-often undervalued qualities. 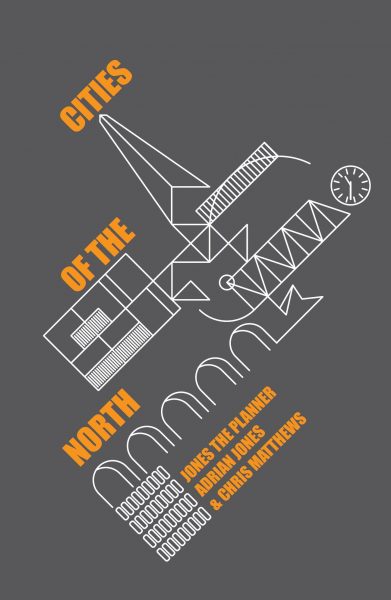