The ACG is pleased to be publishing the first English language print edition of Carlo Cafiero’s summary of Karl Marx’s Capital.

Capital, Marx’s epic work, describes in detail the capitalist system and how it functions. The anarchist Mikhail Bakunin saw the importance of Marx’s Capital, to the extent that he put any rivalries with Marx aside and immediately embarked on the first Russian translation.

But Capital is a notoriously hard read…

The anarchist communist Carlo Cafiero, rather than translate it, wanted to popularise Marx’s work in order to make it easier to read and be better understood by those who didn’t have a university education or weren’t so well versed in economics. In other words, his Compendium was aimed at ordinary working people.

Cafiero’s Compendium is a gateway to understanding the contents of Marx’s Capital.

This edition, translated by Paul M. Perrone, contains an ACG introduction and a biography of Carlo Cafiero.

Compendium of Capital is available direct from from the ACG. 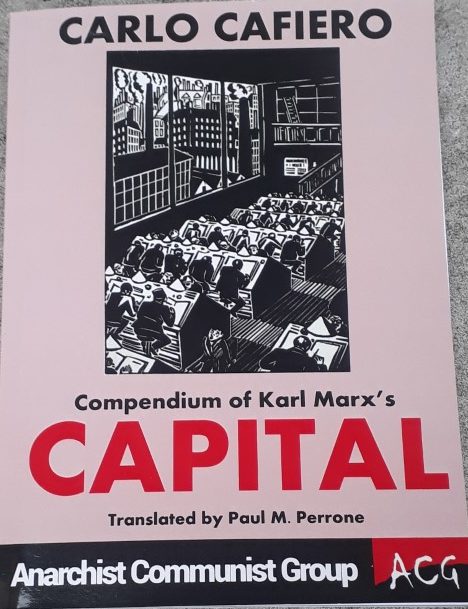