Can I bring my own gun?

“Seth Freedman bring(s) the real lives of the people behind the headlines into sharp focus. Curious and opinionated… prepared to go where no other journalist ventures: into the Israeli settlements where lies the solution (or not) to the conflict.” – Linda Grant, Winner of the Orange Prize for Fiction

“Seth Freedman’s blog from Jerusalem has become an instant must-read for those who follow this most intractable of conflicts. His mixture of close-up, eye-witness reporting and heartfelt polemic is intoxicating. He is one writer to watch.” – Jonathan Freedland, Guardian journalist and novelist

Seth Freedman reports from the front line of Israel and Palestine, and behind the lines. As a former Israeli soldier reporting from the West Bank he is unique. From soldier to peace activist, this book follows the author’s journey.

Seth Freedman is a contracted journalist on the Guardian’s Comment is Free, his reports are followed, praised and condemned in equal measure, by tens of thousands of readers. 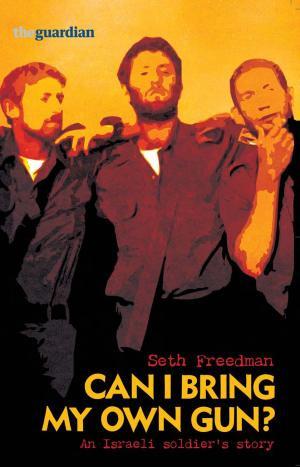