Byron speaks up for the Luddites

This pamphlet includes the full text of Lord Byron’s maiden speech in the House of Lords, alongside his Ode to the Framers of the Frame Bill and Song for the Luddites.

Lord Byron gave his maiden speech in the House of Lords in 1812 during a debate on the Frame Work Bill. His impassioned defence of the working class labourers who had been protesting against their employers’ work practices helped result in the Bill being watered down so that those who damaged machinery could not be hanged for their crime.

In the Ode to the Framers of the Frame Bill, published anonymously in 1812, we have a foretaste of the biting satire that would reach perfection in Don Juan.

Song for the Luddites was written in 1816, and suggests that Byron was never averse to the idea of direct political action, overthrowing corrupt regimes by any means necessary. 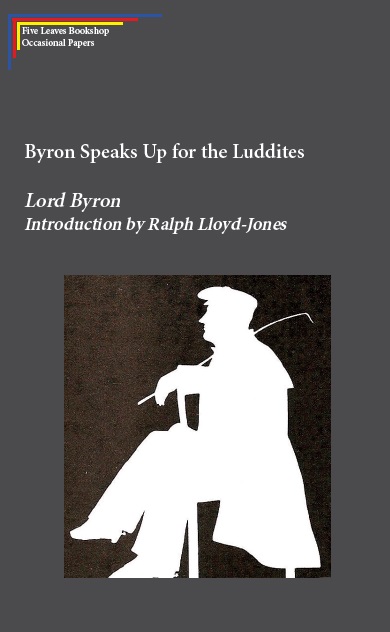