As the Seventies drew to a close and the media declared punk dead and buried, a whole new breed of band was emerging from the gutter. Harder and faster than their ’76-’77 predecessors, not to mention more aggressive and political, the likes of Discharge, the Exploited, and G.B.H. were to prove not only more relevant but arguably just as influential.

Several years in the making and featuring hundreds of new interviews and photographs, Burning Britain is the true story of the UK punk scene from 1980 to 1984 told for the first time by the bands and record labels that created it. Covering the country region by region, author Ian Glasper profiles legendary bands like Vice Squad, Angelic Upstarts, Blitz, Anti-Nowhere League, Cockney Rejects, and the UK Subs as well as the more obscure groups like Xtract, The Skroteez, and Soldier Dolls.

The grim reality of being a teenage punk rocker in Thatcher’s Britain resulted in some of the most primal and potent music ever committed to plastic. Burning Britain is the definitive overview of that previously overlooked era.

“Ian Glasper’s chatty, engaging history follows the regional lines along which UK punk’s ’second wave’ scene divided, as well as talking about the record labels involved and what the main protagonists, from the Anti-Nowhere League to Vice Squad, are up to now.“

“Glasper is thorough and democratic. He lets everyone speak, tell their own story, edits out the rambling and bullshit, and presents a fair picture of all the main bands from all over the UK and Ireland. Geographically divided up. It’s an encyclopaedic but down-to-earth reference book, full of detail and anecdotes.“

Ian Glasper is the author of Burning Britain: The History of UK Punk 1980-1984, The Day the Country Died: A History of Anarcho Punk 1980-1984, and two other books that cover the UK punk scene. A member of many DIY bands and contributor to countless fanzines, Ian lives in the UK and remains passionate and dedicated to Punk Rock. 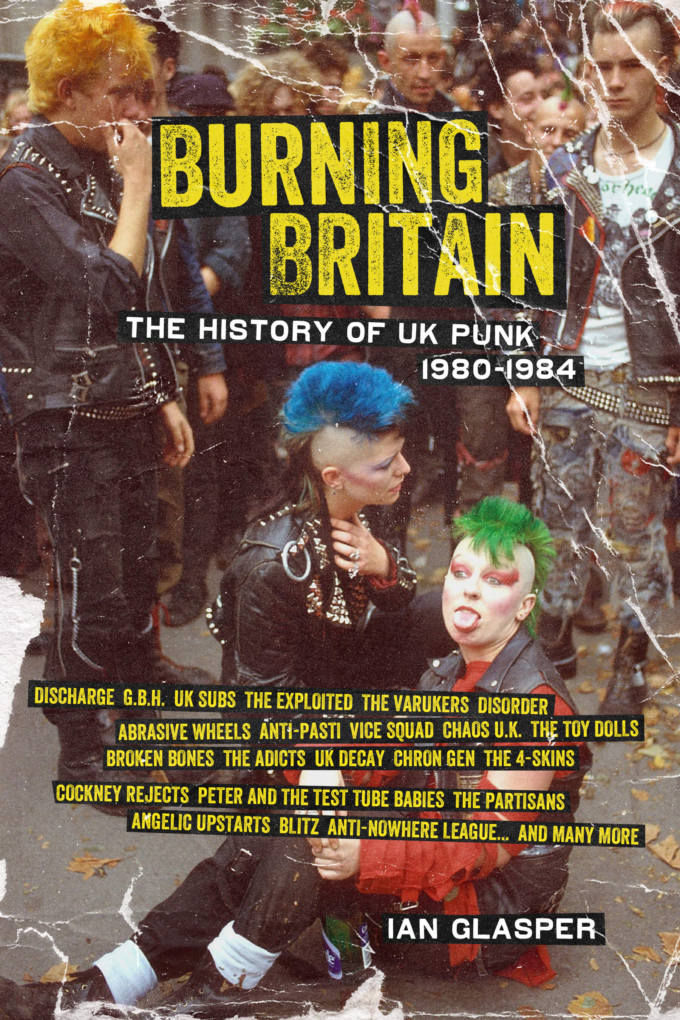