Minoli Salgado’s Broken Jaw is a beautifully orchestrated collection of eighteen stories set mainly in Sri Lanka from a writer who has gained international recognition for her evocative representation of the trauma of war. This brave and passionate book not only speaks against silences – official and unofficial – but also tests the limits of what can be said, reminding us that though it may be 10 years since the civil war in the country ended, its legacy remains.

The book is divided into two parts, ‘Rumours’ and ‘Ventriloquy and Other Acts’, that take the reader on a journey from the public world of political conflict to the private space of home, from the dislocations of violence and migration to a personal quest for peace and renewal, charting the emergence of a speaking voice in the context of its suppression and denial. These intricately crafted stories are at once enchanting and harrowing, full of resilience and courage, suffering and hope.

“A brilliantly innovative mosaic of short stories of great skill and exquisite language. This is a compelling and beautiful and important book.” – Robert Olen-Butler, Pulitzer prize winner.

Minoli Salgado is the author of A Little Dust on the Eyes (Peepal Tree Press, 2014), which won the first SI Leeds Literary Prize and was longlisted for the DSC Prize in South Asian Literature, and Writing Sri Lanka: Literature, Resistance and the Politics of Place (Routledge, 2007). Her short stories and poems have been published internationally and she was selected as the Olympic poet for Sri Lanka for the Cultural Olympiad in London 2012.She is currently on a Leverhulme Fellowship undertaking research on memorialisation and bearing witness to exceptional violence in contemporary exilic literature and writing a book based on Sri Lankan war survivor narratives. She is Professor of International Writing at Manchester Metropolitan University. 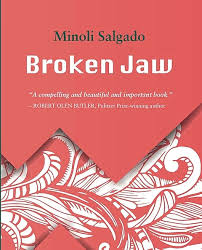