Brick: a zine about abortion

Brick is Janet’s re-telling of having an abortion at 21 after becoming accidentally pregnant. Approximately 1 in 3 people who are capable of becoming pregnant in the UK will have an abortion at some point in their lifetime, but despite this, talking about having one can still be all too taboo. Zines like Brick contribute towards getting us talking more about a procedure that can be many things: mundane, complicated, lifesaving, private, personal and often unwantedly political. The feelings and experiences around having an abortion are different for everyone, but the more we listen to the stories of people who’ve had them, the better. 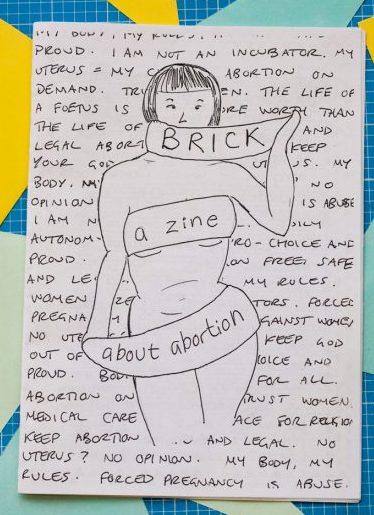