Abolishing the Police is both a contribution to this conversation and an invitation to join it. It provides rigorous and accessible analyses of why we might want to abolish the police, what abolishing them would involve, and how it might be achieved, introducing readers to the rich existing traditions of anti-police theory and practice.

Its authors draw on their diverse on-the-ground experiences of political organising, protest, and resistance to policing in the UK, France, Germany, and the United States, as well as their original research in academic fields ranging from law to security studies, political theory to sociology to public health.

Without assuming any prior specialist knowledge, they present the critical tools and insights these disciplines have to offer to ongoing struggles against the injustices of policing (and consider, in turn, what these disciplines must learn from these struggles.)

They examine the police’s history to understand its role in constructing today’s profoundly unequal and crisis-ridden social order. They explore the tensions between policing on the one hand and values like freedom, equality, and democracy on the other. They expose policing’s ongoing and complex entanglements with war and militarism, neo-colonial domination, and the politics of the far right. And they engage with concrete alternatives for preventing and responding to harms (such as sexual abuse and intimate partner violence – which police claim to deal with but in fact further entrench) in ways that move beyond the logic of crime and punishment and towards visions of justice that are both social and transformative.

Koshka Duff is a lecturer in political philosophy at the University of Nottingham and campaigns against police strip search abuse.

Cat Sims is a Birmingham-based illustrator.

“This amazing collection helps us develop an abolitionist praxis by challenging us to think more deeply about the connections between different systems of exploitation and the role policing plays in enabling them. Austerity, militarism, racism, and borders all rest on a bedrock of police violence.”

“The demands continue, each day growing louder, more urgent. Reform is a dead end. If we are to live free of terror, the police must be reimagined, replaced – abolished. This unflinching and beautifully illustrated collection gets right to the point, the battle for a new future is now and the frontline is everywhere.” 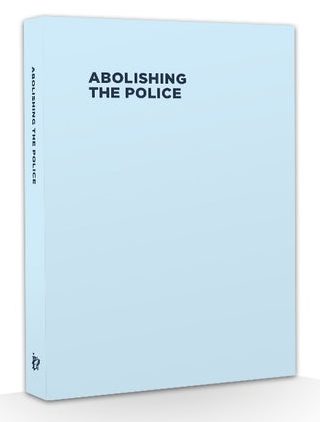