A philosophy of walking

By walking, you escape from the very idea of identity, the temptation to be someone, to have a name and a history … The freedom in walking lies in not being anyone; for the walking body has no history, it is just an eddy in the stream of immemorial life.

In A Philosophy of Walking, a bestseller in France, leading thinker Frédéric Gros charts the many different ways we get from A to B—the pilgrimage, the promenade, the protest march, the nature ramble—and reveals what they say about us.

Gros draws attention to other thinkers who also saw walking as something central to their practice. On his travels he ponders Thoreau’s eager seclusion in Walden Woods; the reason Rimbaud walked in a fury, while Nerval rambled to cure his melancholy. He shows us how Rousseau walked in order to think, while Nietzsche wandered the mountainside to write. In contrast, Kant marched through his hometown every day, exactly at the same hour, to escape the compulsion of thought.

Brilliant and erudite, A Philosophy of Walking is an entertaining and insightful manifesto for putting one foot in front of the other. 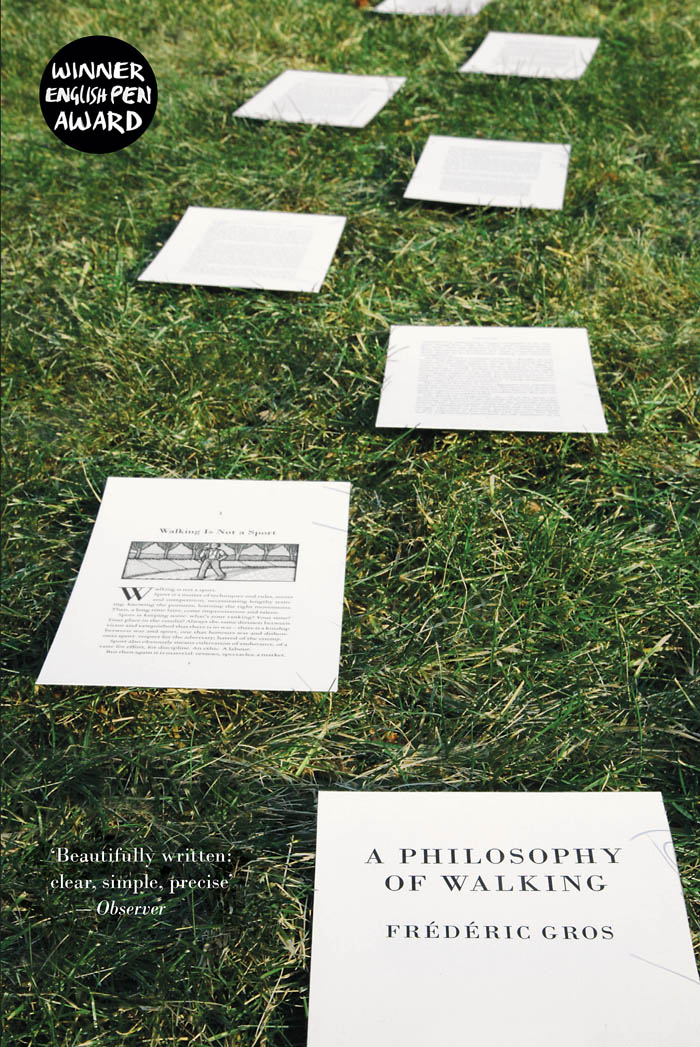