A female scene: three plays by women of Catalonia

This is a volume of three Catalan plays in translation: Magnolia Café by Angels Aymar, An Absent look by Mercè Sarrias and Re-Call by Araceli Bruch with an academic introduction and the transcript of a round table on and about them. The plays and their writers have been chosen because they encompass dramatically different writing styles and can be seen as representative of the type of work that women playwrights are undertaking in Catalonia today.

The three plays which make up A Female Scene are representative of the new direction in Catalan drama where the more feminine values of fluidity, empathy and variety challenge the conventions of established drama. ‘Magnolia Cafe’ is a subversive re-working of the Comedy of Manners whilst ‘An Absent Look’ deconstructs tragedy, the bastion of theatrical dynamics. Similarly, in its divergent, empathetic idiom ‘Re-call’ – an evocation of the free-thinking nineteenth-century intellectual Lou Andreas Salome – underlines this dramatic challenge to the vision of previous Catalan theatre.

Published in conjunction with the Anglo-Catalan Society 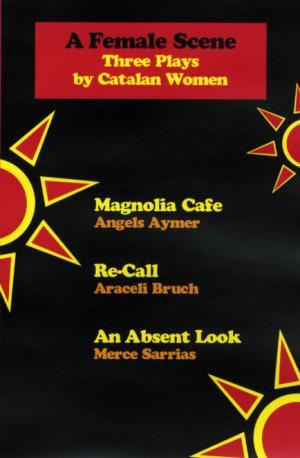