This pamphlet briefly looks at many of the reasons that Christianity is undesirable from both a personal and a social point of view. All of the matters discussed here have been dealt with elsewhere at greater length, but that’s beside the point: the purpose of 20 Reasons to Abandon Christianity is to list the most outstanding misery-producing and socially destructive qualities of Christianity in one place. When considered in toto, they lead to an irresistible conclusion: that Christianity must be abandoned, for the sake of both personal happiness and social progress. As regards the title, “abandon—rather than “suppress” or “do away with” was chosen deliberately. Attempts to coercively suppress beliefs are not only ethically wrong, but in the long run they are often ineffective—as the recent resurgence of religion in the former Soviet Union demonstrates. If Christianity is ever to disappear, it will be because individual human beings wake up, abandon their destructive, repressive beliefs, and choose life, choose to be here now. 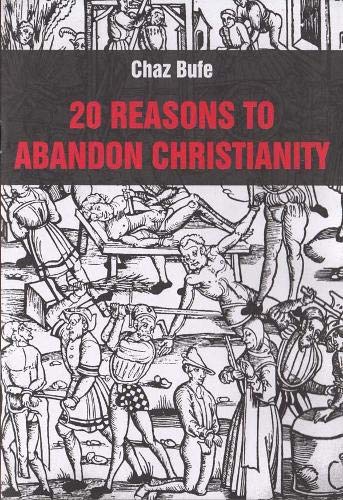